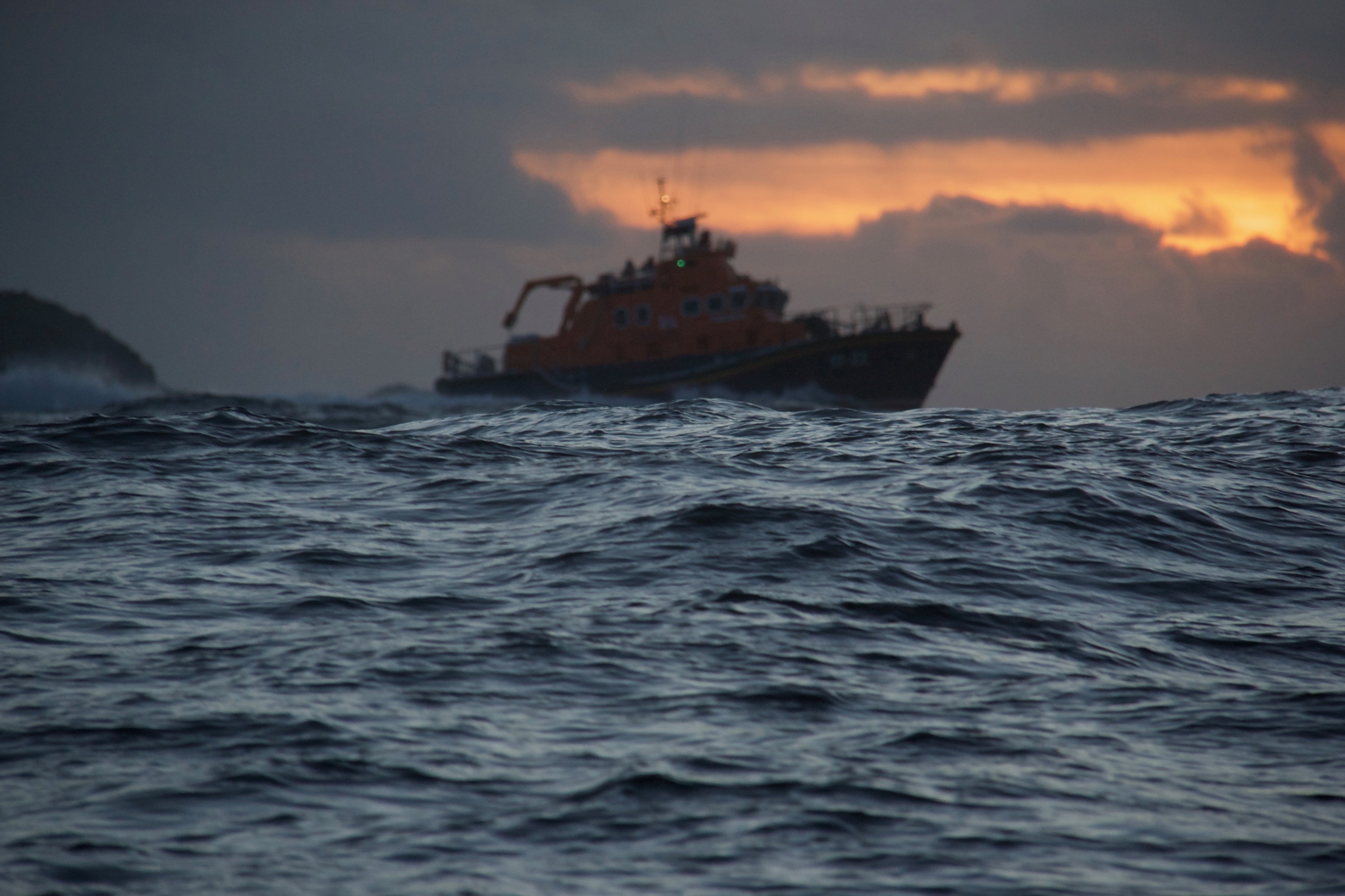 The station was founded in 1883 with the first lifeboat, Vandeleur, being based at a boathouse at Rannagh on the Southwest of the island. Subsequent lifeboats were based at Leabgarrow until the present modern all weather station was opened on 1st August 1997 by the singer Daniel O’Donnell. The lifeboat provides emergency cover for much of the Northwest coast saving many lives in its long history. The most notable rescue occured on the night of 8th October 1940 when the Dutch steamer Stolwick ran aground in strong gales. The rescue resulted in gold, silver and bronze medals awarded by the RNLI and a medal for bravery presented to the crew by Queen Wilimena of the Netherlands.